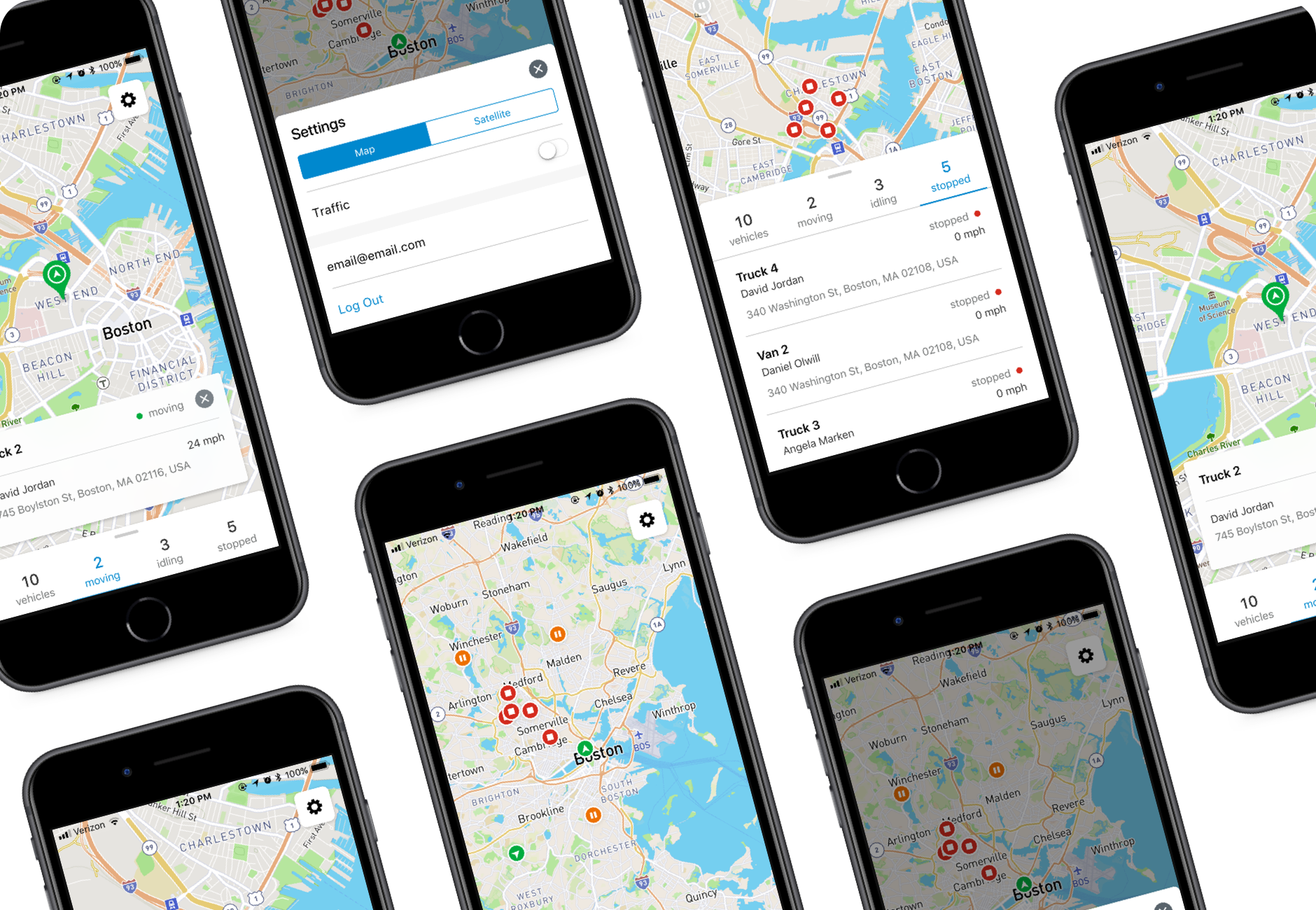 Over the past year, Verizon Connect has been reflecting on organizing and managing the entire mobile apps strategy. Some of the apps were inefficiently serving most of its users who only use it for certain features.

Supporting the entire existing features restricted the ability to allocate resources to the areas most important to our users.

The Reveal mobile app started in its early days as a reflection of the web solution, not focusing on its own use cases or providing contextual information on the go. But an overall solution for fleet management.

We started the redesign by looking at the app’s data usage and the correlation between our users’ mental models.

It’s was clear that the app concentrated 80% of its use on a single feature. The more advanced features were being used by some specific companies that didn’t represent most of our focus.

Understanding more about this app’s primary user, we discovered that the mobile was a complementary solution when the user was not at the office. And the prime use case was to get more visibility on the go.

We intended to test if a new approach serves our users better. And besides, continue adding additional improvements based on user feedback and data.

My main focus was to define a direction and vision for an MVP and start building with it.

I worked as a product designer with an end-to-end process from problem framing thought final visual design, collaborating with cross-functional teams in an agile and lean environment. 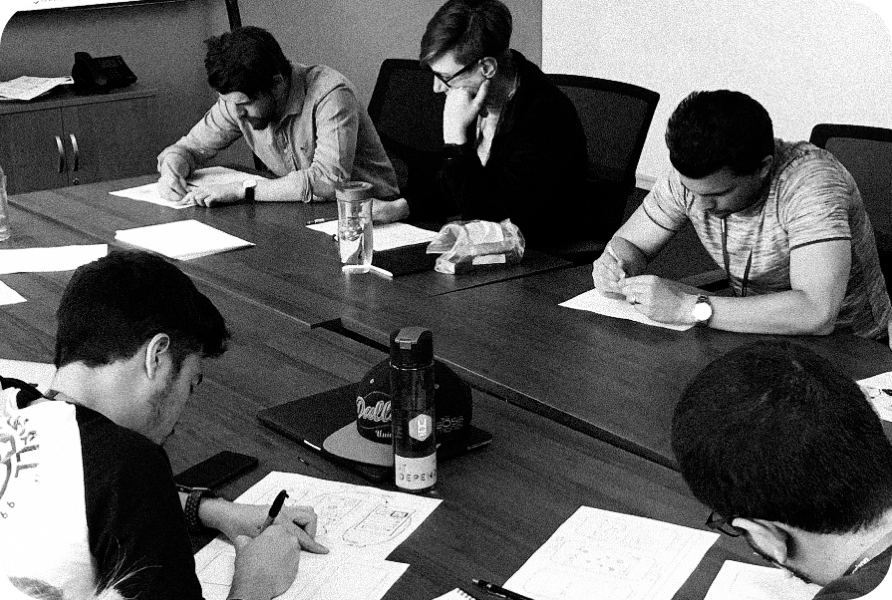 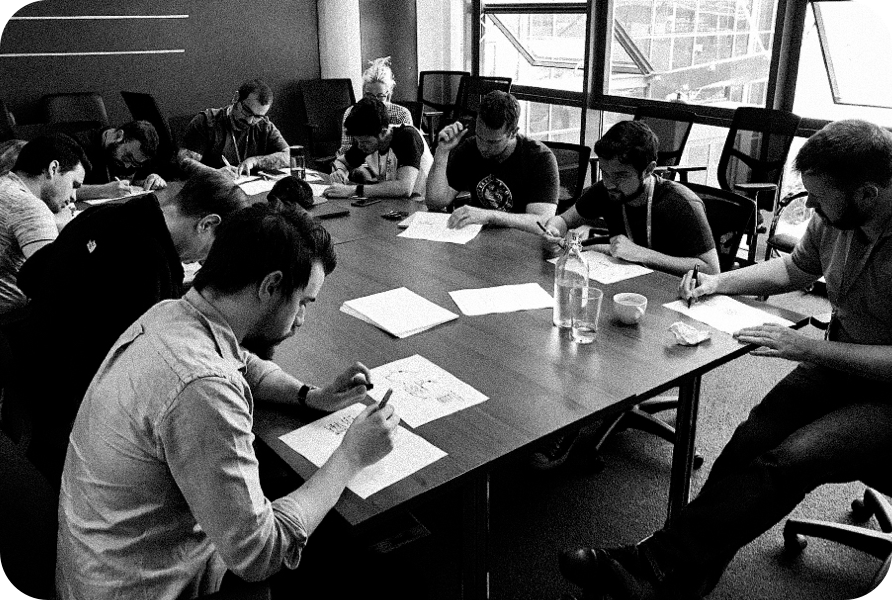 We started the project with a discovery session, including a design studio with our cross-functional team.

The workshop’s outcome was to select an idea, move forward to refine and test it. At the end of the workshop, we collect some incredible ideas with the team, refined the approach, and prioritized the next steps. 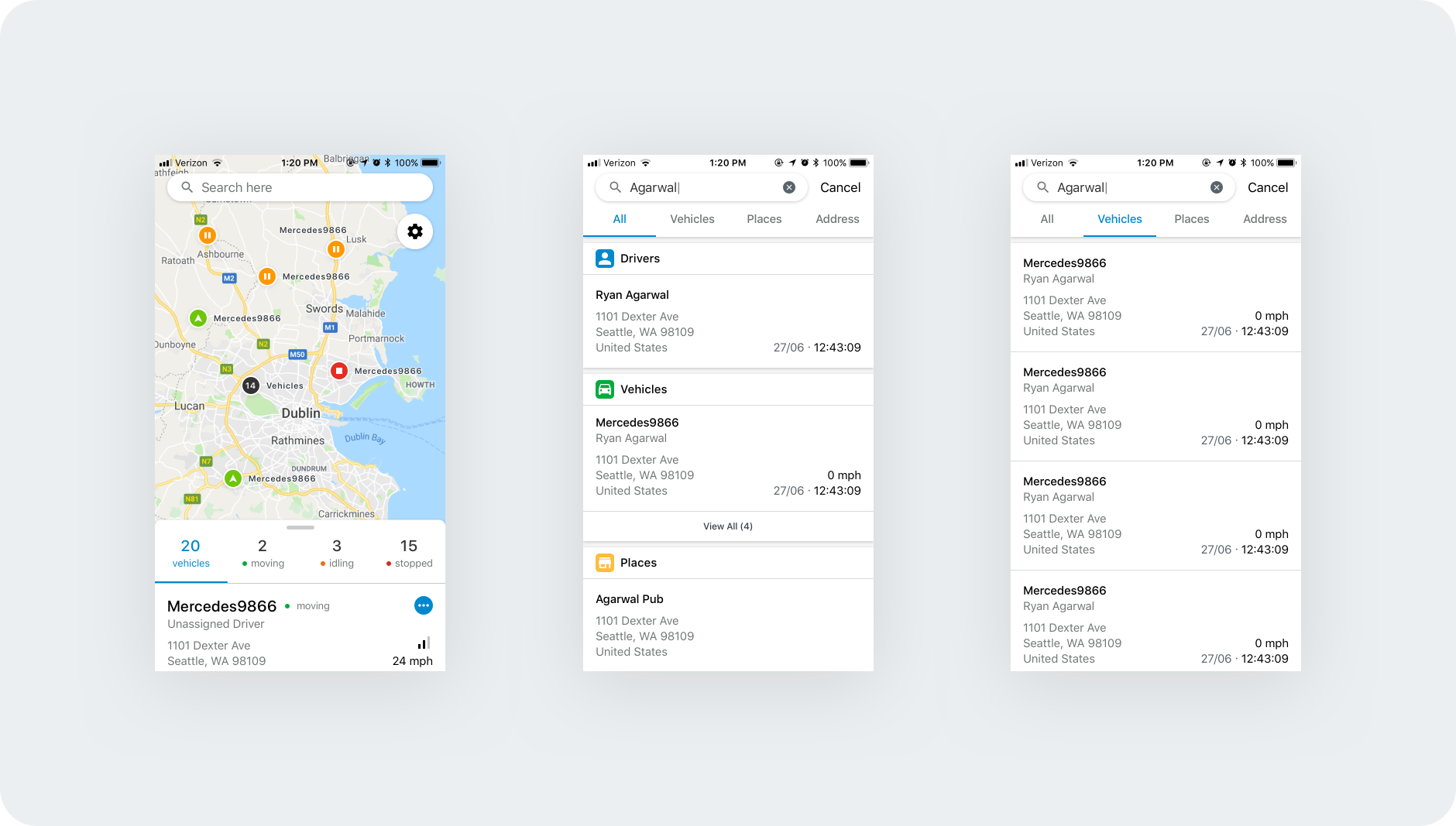 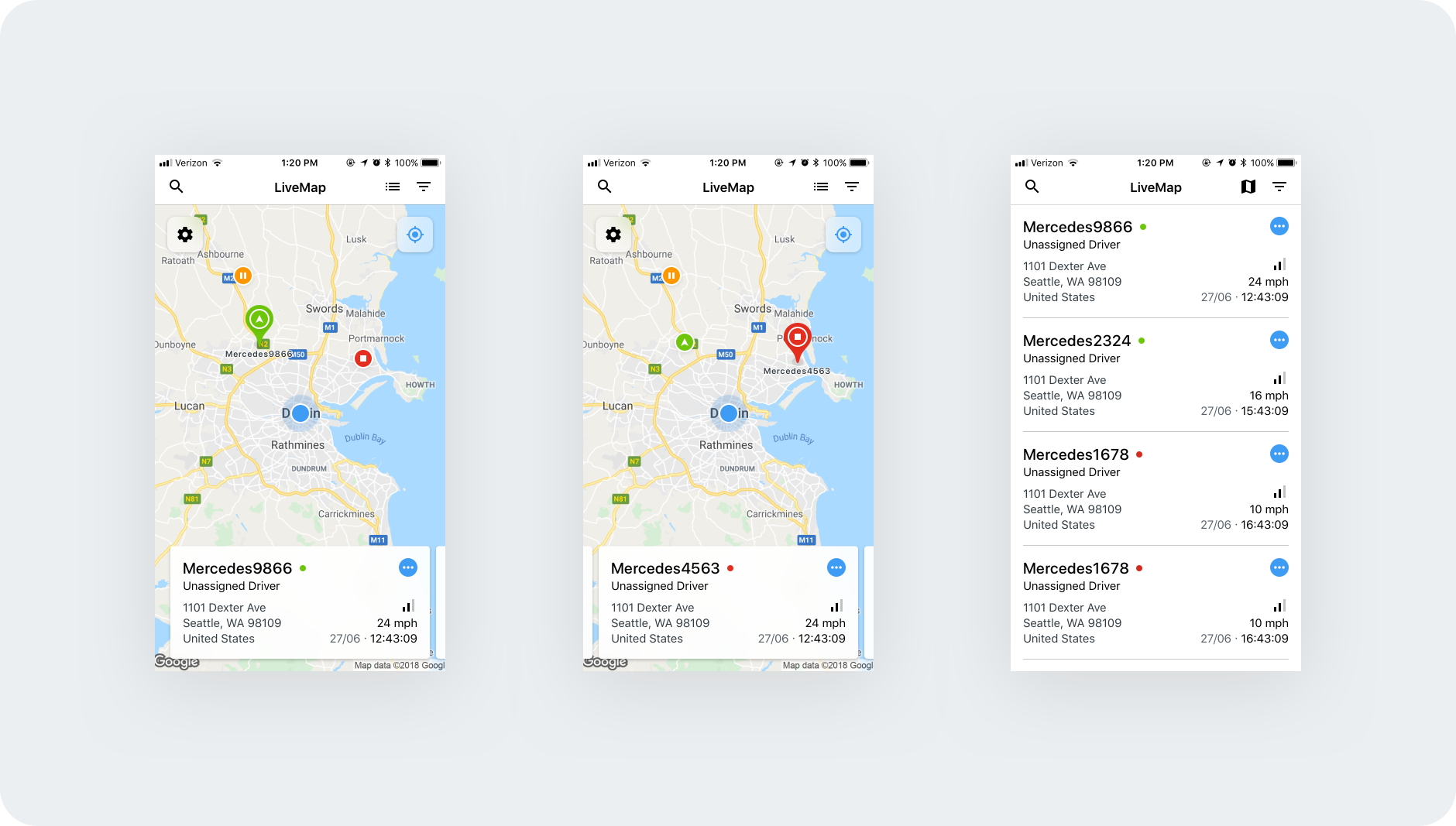 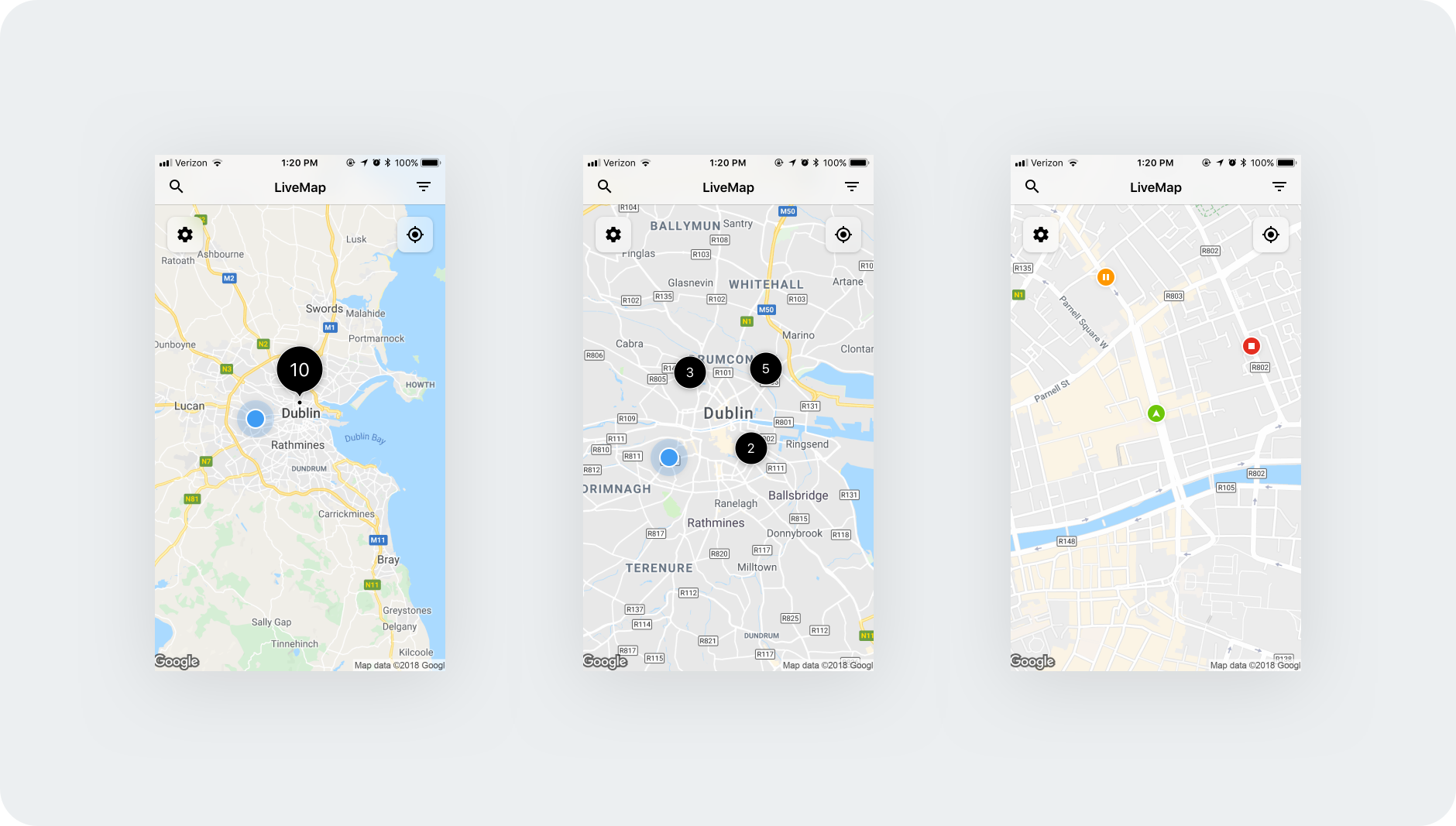 After the workshop, I was responsible for exploring additional ideas and helping to validate it. The validation included a session with stakeholders to discuss different concepts and a cognitive walkthrough with crucial contributors.

The MVP selected approach was to create a map app with a fleet overview and get more details, like location, speed, and status.

We improved the app so that Reveal Locator received a 4.2 rating on Google Play Store, comparing with the 3.1 from the previous app. And also, we received some great feedback from our users to continue refining the experience. 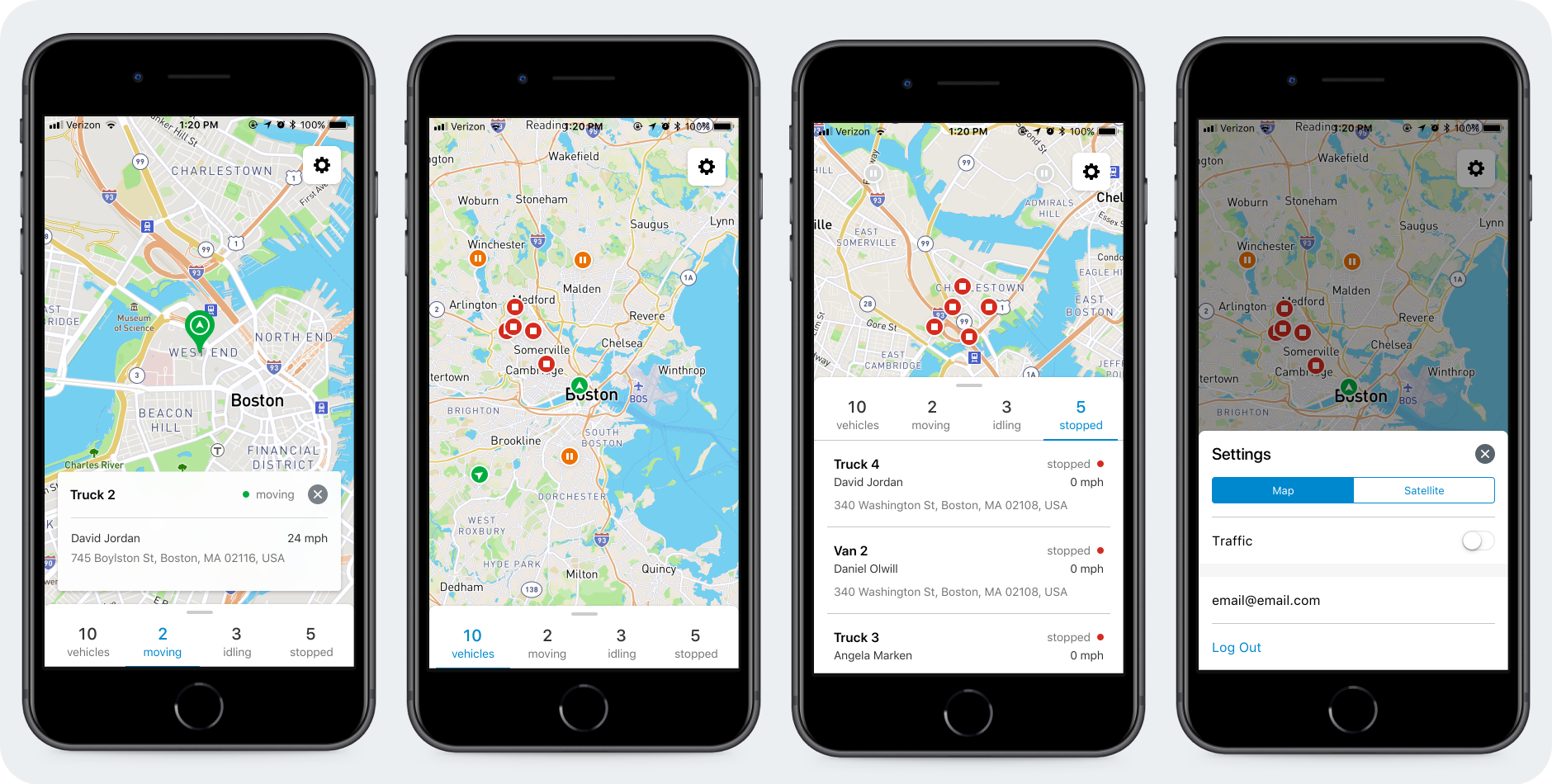 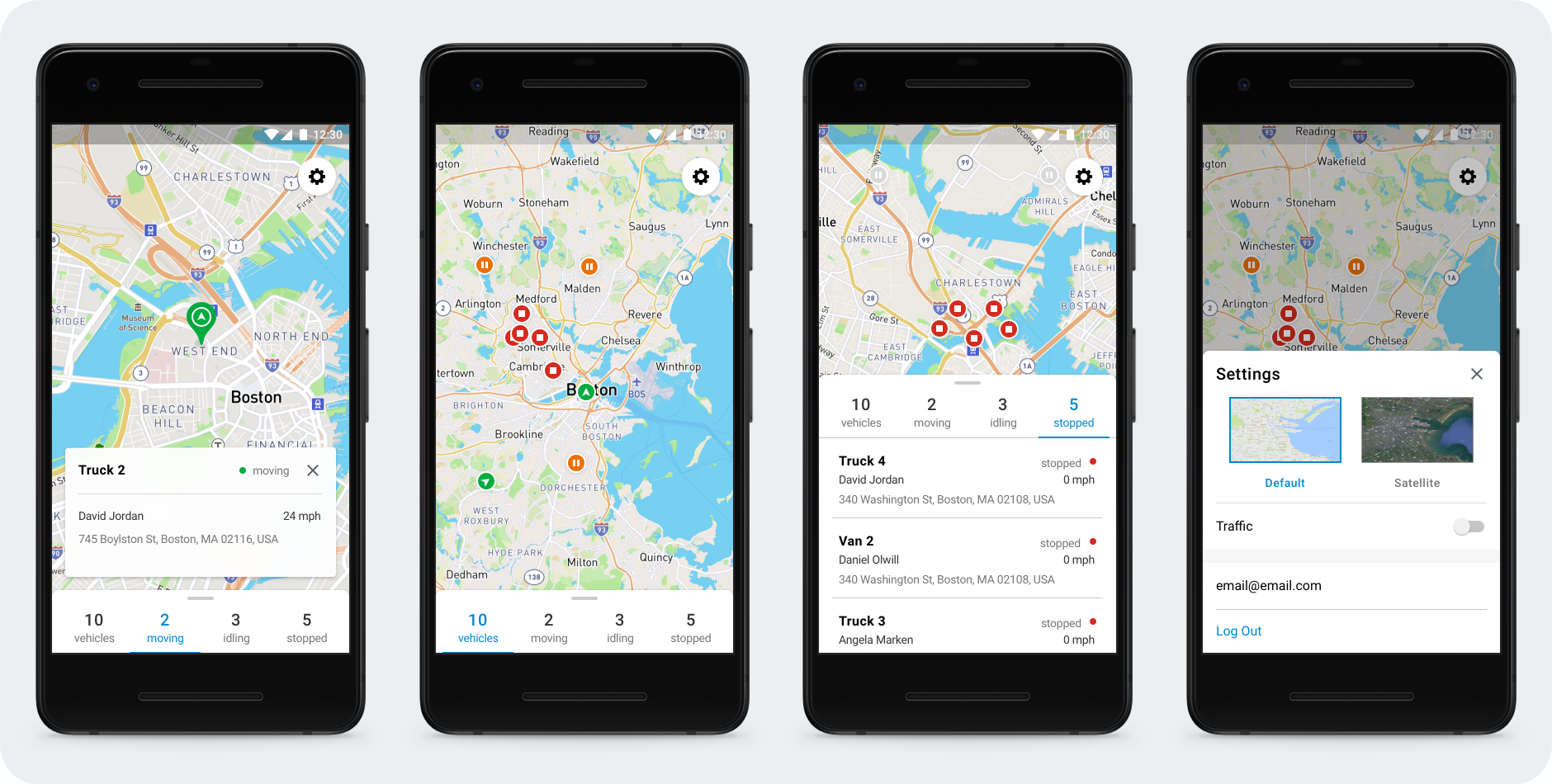